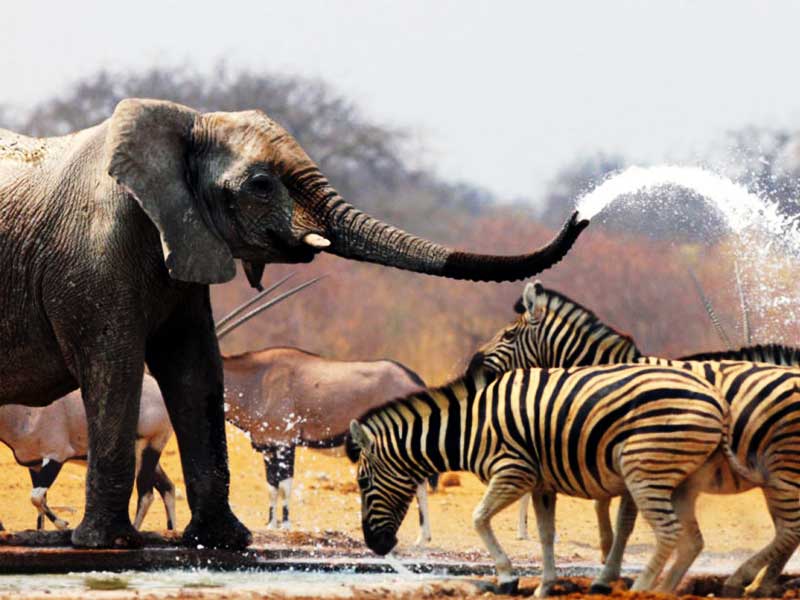 Explore Lake Naivasha, an ecosystem that is known around the world for a diverse avian presence, as well as terrestrial game animals.

Lake Naivasha is a freshwater lake in Kenya, which lays North West of Nairobi. It is part of the Great Rift Valley. The name derives from the local Maasai name Nai’posha, meaning “rough water” because of the sudden storms which can arise. Just beyond its shores are papyrus swamps, acacia woodlands, forests and unique geologic features that are remnants of the area’s volcanic past. The nutrient-rich soil is fertilized by an abundance of water, including the Gilgil and Malewa Rivers, to create an ecosystem that is known around the world for a diverse avian presence, as well as terrestrial game animals.

Lake Naivasha is a designation that reflects the ecological importance of the wetlands around the lake. More than 450 distinct birdlife species have been identified, and the resident avi-fauna are joined by migratory species from October to March. The lake, high cliffs and forests are home to spectacled weavers, red-billed firefinches, grey-backed fiscals, grey-capped warbler and many other interesting and colorful aerial creatures. The most prominent, though, are the cormorants and pelicans while the African fish eagles are the most majestic of the raptors. As you tour through the acacia forests, you may sight hawks, cuckoos, woodpeckers, shrikes and other birds, and a solo giraffe may peer through the thorn-leaves branches out of curiosity. The papyrus swamps are where you find jacanas, herons and kingfishers. Lake Naivasha is one of the primary drinking holes for buffalos, zebras, elands, impalas, waterbucks and other grazers, as well as a favorite place for hippos to cool themselves during the day.

The trip starts at 7:00am from our hotel. Enjoy a boat trip to the lake to view hippos, birds and other kinds of African wildlife. After Lunch, we go for an afternoon game drive to the hell’s Gate for more game viewing and bicycle cycling. Drive back to Nairobi in the late afternoon.