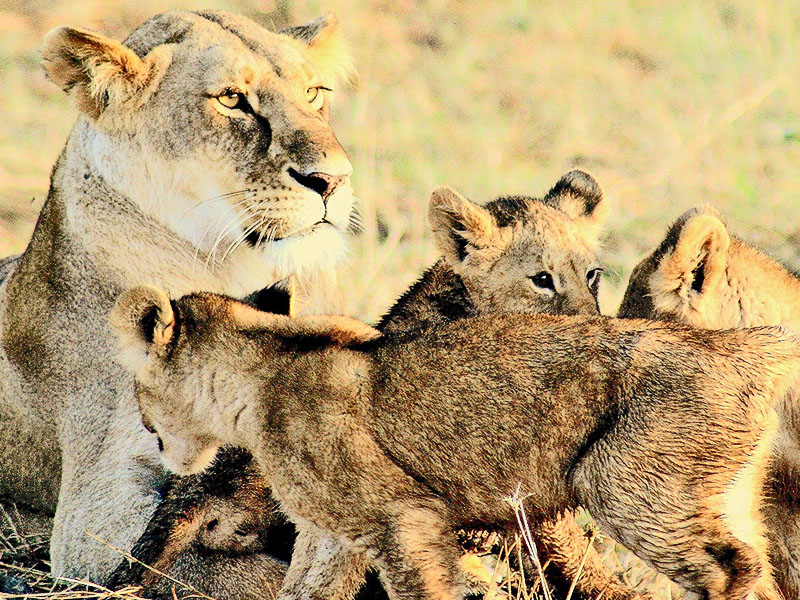 Pick up from your hotel at 8:00 am then proceed to Amboseli National Park. On arrival, make a game drive en route to the Camp. This park is the home of Elephants, Wildebeest (Gnu), Buffalos, Gazelles, Lions, Cheetahs, monkey families and rare bird species. In the early evening, the clouds clear, exposing the snow –capped dome of Mt. Kilimanjaro. Dinner and overnight at the Camp or Lodge.

Early morning game drives before breakfast then depart for Tsavo West National Park. See the volcanic formations (Shetani Lava Flow) on the way to Mzima Springs where Hippos, Fish and Crocodiles are seen from the underwater hide, later proceed the lodge for check- in as well for lunch, relax until 16:00hrs, time to visit the Rhino Sanctuary. Spot Elephants, Giraffes, the varied bird life of Tsavo West, and of course the Rhino. Have a view of the beautiful mountains. Dinner and overnight at the Camp or Lodge.

Early morning game drives before breakfast then depart for Taita Hill Sanctuary (Saltlick).Game drives at this Sanctuary with chance to spot; Elephant, Buffalo, Lions, Cheaters, Zebras, Gazelles and other kinds of wildlife Spot Elephants, Giraffes, the varied bird life of Tsavo West, and of course the Rhino. Have a view of the beautiful mountains. Dinner and overnight at the Camp or Lodge.

Early morning game drives from 6:15am followed by a breakfast at 8:30am. After breakfast we proceed for the last game drives before checking out of the park for lunch at Resturant. Drive to Mombasa/Diani after lunch, arriving at your respective hotel early evening.