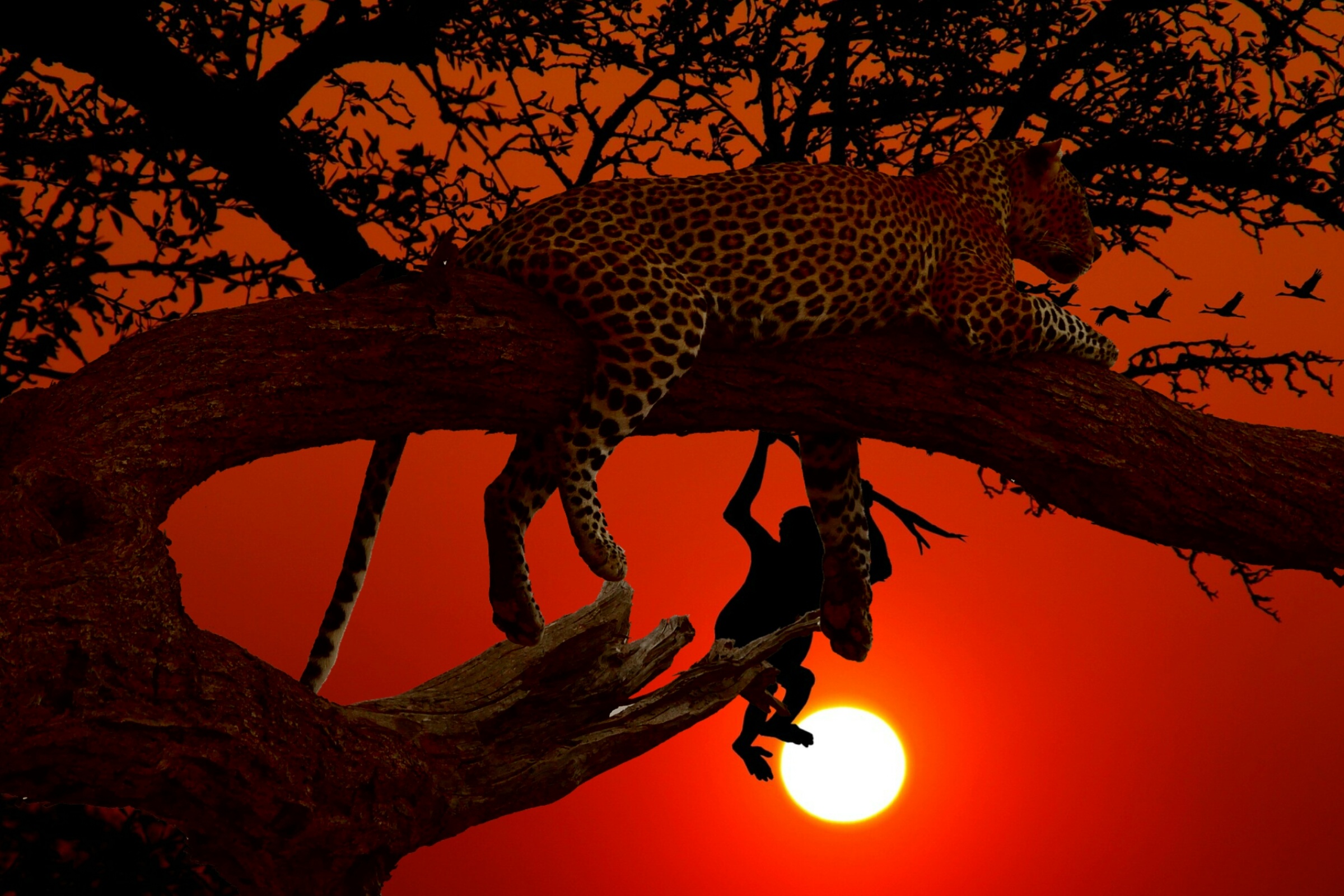 The Samburu National Reserve is a game reserve on the banks of the Ewaso Ng’iro river in Kenya. There is a wide variety of animal and bird life seen at Samburu National Reserve. Several large game species common to Kenya’s northern plains can be found in abundance here, including the following dry-country fauna: gerenuk, Grevy’s zebra, oryx and reticulated giraffe. All three big cats, the lion, cheetah and African leopard can also be found here, as well as the elephant, Cape buffalo and hippopotamus. Other mammals frequently seen in the park include olive baboon, warthogs, Grant’s gazelle, Kirk’s dik-dik, impala, and waterbuck.  Finally, there are over 350 species of bird.

Lake Naivasha is a freshwater lake in Kenya, which lays North West of Nairobi. It is part of the Great Rift Valley. The lake, high cliffs and forests are home to spectacled weavers, red-billed firefinches, grey-backed fiscals, grey-capped warbler and many other interesting and colorful aerial creatures. Finally, Lake Naivasha is one of the primary drinking holes for buffalos, zebras, elands, impalas, waterbucks and other grazers, as well as a favorite place for hippos to cool themselves during the day.

Early morning pick up from Hotel at 8:00 am then drive to Mount Kenya national park. On arrival, check in at the lodge. The resident wildlife in this park grazes / feed around the lodges. They include; cape Buffaloes, Forest Hog and different birds. View the snow – capped peaks of Mount Kenya (5,200M above the sea level). Dinner and overnight at the Lodge.

Depart for Samburu Game Reserve after breakfast via Isiolo. On arrival have game en route to the lodge for lunch as well as check in. After lunch, relax until 16:00 hrs, time for the evening game drive. Spot the rare Reticulated Giraffe, Beisa Oryx, Gerenuk, Somali Ostrich and the gravy Zebra. Samburu is the home to different bird species. Dinner and overnight at Lodge or Camp.

Spend a whole day in Samburu National Reserve with morning and afternoon game drives; spot the rare Reticulated Giraffe, Beisa Oryx, Gerenuk, Somali Ostrich and the gravy Zebra. Samburu is the home to different bird species. Dinner and overnight at lodge or Camp, (Full board).

Early morning breakfast and then depart for Lake Nakuru National Park via Isiolo. Stop for lunch at Thomson’s Waterfall, arriving around 14.00 hours in Lake Nakuru National Park. Afternoon game drive takes you to the lake to view Flamingoes and pelicans. Also, spot White/Black Rhinos, Rothschild Giraffe and Waterbucks. The Lake Forest attracts a wide variety of birds. Dinner and overnight at the lodge or camp.

Early morning game drive before breakfast and then drive to Lake Naivasha arriving for lunch. Afternoon boat trip (at extra Cost) with chance to see Hippos and other kinds of wildlife who depend on the lake. Dinner and overnight at the lodge or camp.

After breakfast, drive along the Great Rift Valley, passing by the extinct volcano of Mount Longonot en route to Maasai Mara Game Reserve, arriving for lunch. Relax until 16:00 Hours time for evening game drive with a chance to see the Big Five; Lion, Elephant, Rhino, Buffalo and the Leopard; Spot herds of Wildebeests, Zebras, Gazelles, Impalas and Maasai Giraffes and other kinds of African wildlife in this fascinating wildlife paradise. Dinner and overnight at the lodge or camp.

Morning game drives before breakfast then drive to Nairobi after breakfast, with lunch on your way. Later transfer to your respective hotel or Airport.