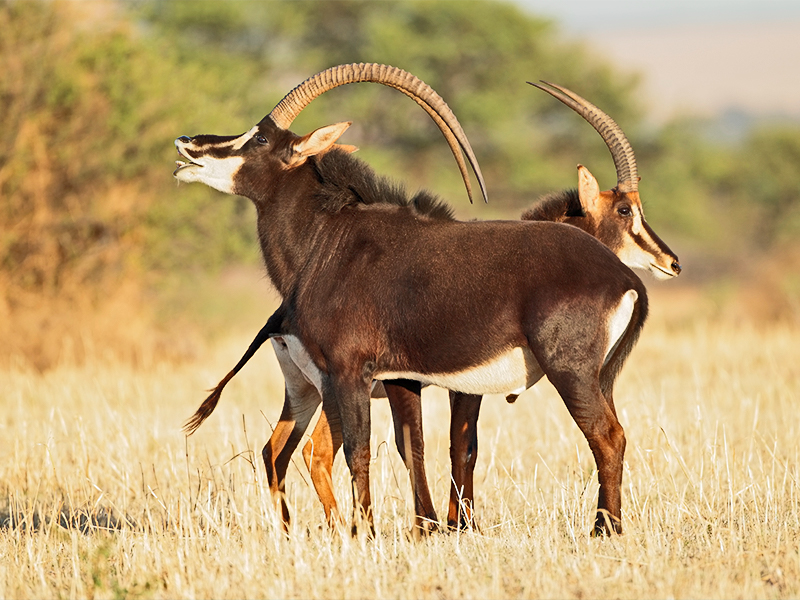 Enjoy the african beauty in a 3 days safari in Amboseli and Tsavo West.

Amboseli National Park is 392 km2 in size at the core of an 8,000 km2 ecosystem that spreads across the Kenya-Tanzania border. The park offers some of the best opportunities to see African wildlife and is home to many species, including African bush elephants, Cape buffaloes, impala, East African lions, cheetahs, spotted hyenas, Maasai giraffes, plains zebras and blue wildebeest among other African animals. It is famous for being the best place in the world to get close to free-ranging elephants.

Early morning pick up at 05:00 am from your respective Hotel and then drive to Tsavo West National Park. On arrival, start the morning game viewing en route to the camp for lunch as well as check in. Relax until 16:00hrs, time to visit the Rhino Sanctuary have a chance to view Rhinos, elephants, buffalos, monkeys and other kinds of animals. View the beautiful sceneries and mountains of Tsavo West. Dinner and overnight at Camp or Lodge, (Lunch & Dinner).

After breakfast, depart for Amboseli National Park, passing through Mzima Springs spot Hippos, Crocodiles and Fish in the crystal clear waters and see the volcanic formations Shetani lava flow. Arrive in Amboseli National Park and make a game drive en route before checking in at camp. Relax until 16:00 hrs time for the afternoon game viewing. This park is the home of Elephants, Wildebeest (Gnu), Buffalos, Gazelles, Lions, Cheetahs, monkey families and rare bird species. In the early evening, the clouds clear, exposing the snow –capped dome of Mt. Kilimanjaro. Dinner and overnight at Camp or Lodge, (Full Board).

After breakfast, game viewing en route before driving back to Mombasa/Diani with Lunch on the way. Arrive in Mombasa/Diani in the evening and drop off at your respective hotel (Breakfast & Lunch).